The aquarium is naturally populated with millions of saprophytic bacteria which, under normal conditions, live in a healthy equilibium with aquarium fish. Inadequate aquarium upkeep or an imbalanced diet, among other factors, may cause bacterial diseases in aquarium fish. These have various origins: bacteria, viruses, intestinal worms, etc. One of the first signs of disease is reflected in the fish’s behaviour; however, you should also pay attention to other signs, such as physical signs.

Here is a non-exhaustive list of diseases observed in tropical fish aquariums.

This is related to a nutritional deficiency in the fish’s diet. Signs of vitamin deficiency are as follows: weight loss affecting the fish concerned, loss of colour, or even breathing difficulties. Holes may be observed in the fins, and the spine may even become deformed. The fish soon become exhausted and remain at the bottom of the aquarium barely moving.

Treatment consists in providing vitamin solutions specifically designed for fish and their diet should be varied so as to avoid any risk of deficiency.

Furunculosis particularly affects freshwater fish, including goldfish. It is linked to two specific bacterial agents: Pseudomonas and Aeromonas found in the aquarium. Proliferation of these bacteria is related to an imbalance in the aquarium resulting from inadequate upkeep. Nitrites (present in large amounts if water filtration is inadequate), pH, water hardness and temperature, etc. should be tested regularly.

Symptoms of furunculosis include red marks on the fins or muscles, the development of furuncles and blood and pus-filled nodules which are visible through the skin, exophthalmos and ulcers (on the fins, operculum and mouth, etc.). The fins start to “fray”. 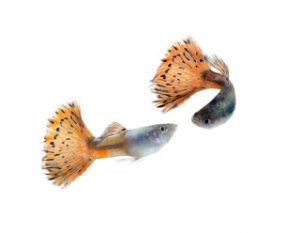 The bacteria implicated is related to human tuberculosis; however, pseudotuberculosis in fish is not likely to cause respiratory infections in humans. However, tropical fish enthusiasts who handle freshwater fish regularly should exercise caution as these bacteria can cause secondary infections in minor wounds already present on the hands and forearms. Mycobacteria is found in all fish, but disease only develops when fish have an immune deficiency, when they become fragile, or when their environment is not maintained properly. Disease thus develops when fish are stressed. When transient, it can subside, but if stress persists, acute disease may be observed.

Relatively general symptoms are observed: the fish become fragile, thin, they barely move and are unable to swim properly…

Antibiotics and antiseptics are not always effective since mycobacteria are fairly resistant to these treatments. Carrier animals which do not recover should be sacrificed to avoid spreading the disease to other fish.

Onset of this disease indicates a possible disruption in the ecological balance of the aquarium. This disease, caused by several bacteria (Pseudomonas, Vibrio and Aeromonas), presents as a whitish line on the fins. These become deeper, then appear eaten away and frayed.

In advanced stages, the chances of survival are low. Swift action thus needs to be taken by rebalancing the defective characteristic in the aquarium (temperature, nitrites, pH, etc.), and placing the affected fish in quarantine for treatment. An antiseptic may be used to treat the aquarium.

NB: several fish may already be in the early stages of infection at the time of purchase, without any visible signs; hence the importance of quarantining the fish and following strict hygiene and maintenance guidelines. 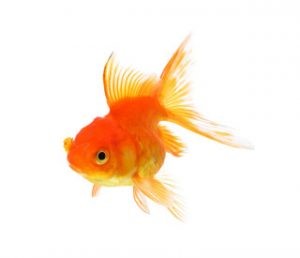 This disease, caused by bacteria known as Flexibacter columnaris, mainly occurs in tropical freshwater fish when the aquarium temperature is too high. The infection which starts with raised white tissue on the head can lead to tissue death. The disease is highly contagious among fish. Affected fish therefore need to be isolated and given antiseptic treatment. The water should be completely drained from the aquarium and, after refilling, it should be ensured that the criteria for a balanced living environment are met, and the temperature should not be too high but evidently kept at a tolerable level for tropical fish.

These are only a few examples of the numerous disorders that can affect aquarium fish.

Note: prevention is based on effectively quarantining newly purchased fish before placing them in the aquarium and following aquarium upkeep and feeding guidelines, including vitamin supplementation for fish.